Learn the differences in food grade lubricants, their categories and applications.

Foodsafe’s food grade lubricants must perform the same technical functions as any other lubricant.

In addition, different applications within the food and pharmaceutical business demand that lubricants resist degradation from food products, chemicals and water/steam, must exhibit a neutral behaviour toward plastics and elastomers, and have the ability to dissolve sugars.

These oils must also comply with food/health and safety regulations as well as be physiologically inert, tasteless, odourless and internationally approved.

Lubricants can be subjected to intense environmental contaminants. A corn-milling environment generates significant dust. Although not as hard as silica-based dust, it still presents a problem for filtration.

A meat plant requires stringent steam cleaning at all times so the risk of water contamination is high.

Some plants experience as much as 15 percent by volume of water in their gear oils. Another aspect of lubrication contamination that poses a risk to food-grade lubricants is the growth of microorganisms such as bacteria, yeast and fungi.

While these can be a risk in industrial environments, the opportunity for contamination in the food-production environment is even greater. 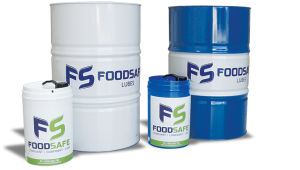 The United States Department of Agriculture (USDA) created the original food-grade designations H1, H2 and H3. The approval of a new lubricant and its registration in one of these categories depends on the list of the ingredients.

Are food grade lubricants used in food-processing environments where there is the possibility of incidental food contact.

Are food grade lubricants used on equipment and machine parts in locations where there is no possibility of contact.

Deciding whether there is a possibility of contact is tough and many have erred on the side of safety with respect to selecting H1 over H2.

Approval and compliance in the past was the responsibility of the USDA. The agency is considered an internationally renowned authority on consumer safety issues with regard to the food-processing industry.

Its efforts essentially covered federally inspected meat and poultry facilities but were rapidly adopted by other sectors such as fisheries and retail food operations.

To gain USDA approval, lubricant manufacturers had to prove that all the ingredients in the formulation were allowable substances. Allowable substances, in this instance are those listed by the United States Food and Drug Administration (FDA) in accordance with the Guidelines of Security Code of Federal Regulations (CFR) Title 21, §178.3570.

This did not include lubricant testing, rather the approval was based primarily on a review of the formulation ingredients of the lubricant however, since September 30th 1998, the USDA has no longer been issuing registration of food grade lubricants or reviewing federally inspected meat and poultry process facilities. 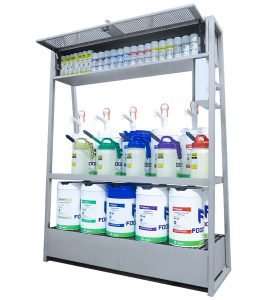 The Future of Food Grade Approval

Registrations granted prior to this date will remain in effect and as before, USDA H1 and H2 still stand as a recognized approval for food and drug suitability. In fact many lubricant manufacturers still aspire to the USDA H1 and H2 categories and approval process and supply certification from their boards of directors to guarantee that claim.

The National Sanitation Foundation (NSF) has evolved globally to succeed the USDA. NSF International, The Public Health and Safety Company™ is an independent, non-profit organization that has been committed to public health, safety and protection of the environment for more than 55 years. NSF has earned the Collaborating Center designations by the World Health Organization (WHO) for both food safety and for drinking water safety and treatment.

It is conceived and administered as a public service organization, serving as an independent and neutral body to resolve issues between regulatory bodies, business, industry and the public. 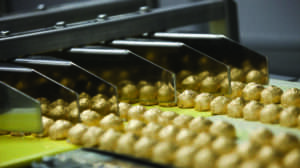